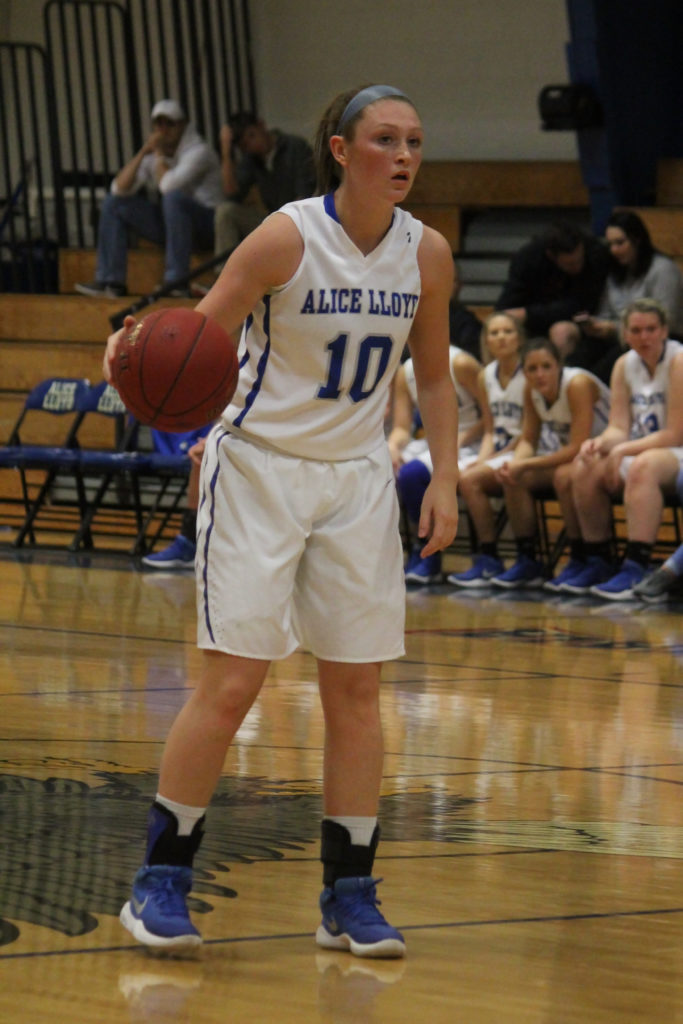 In the opening period, ALC set the tone by outscoring their counterparts 21-10. In the second quarter, the offense slowed down, but the Lady Eagles still managed to take a 35-23 lead at intermission.

In the third stanza, the offensive production picked back up as the visitors would increase their advantage to 59-39. Despite using their bench most of the period, Alice Lloyd would completely dominate the fourth period as they outscored WC 24-7 to win going away.

For the victors (4-1), four players reached double figures. They were led in scoring by freshman center Alexandria Clifton, who tossed in a game high 19 points on 9-16 field goals. She was joined by fellow-frosh; guard Haley Hall, who pumped in 15 points on 6-8 field goals. She also led the club with 6 rebounds.

Alice Lloyd travels to Owensboro on Saturday for an exhibition matchup with NCAA DII power, Kentucky Wesleyan University. They then return home next Monday, November 20, when they face the Hiwassee Lady Tigers. Game time is set for 6:00 pm.