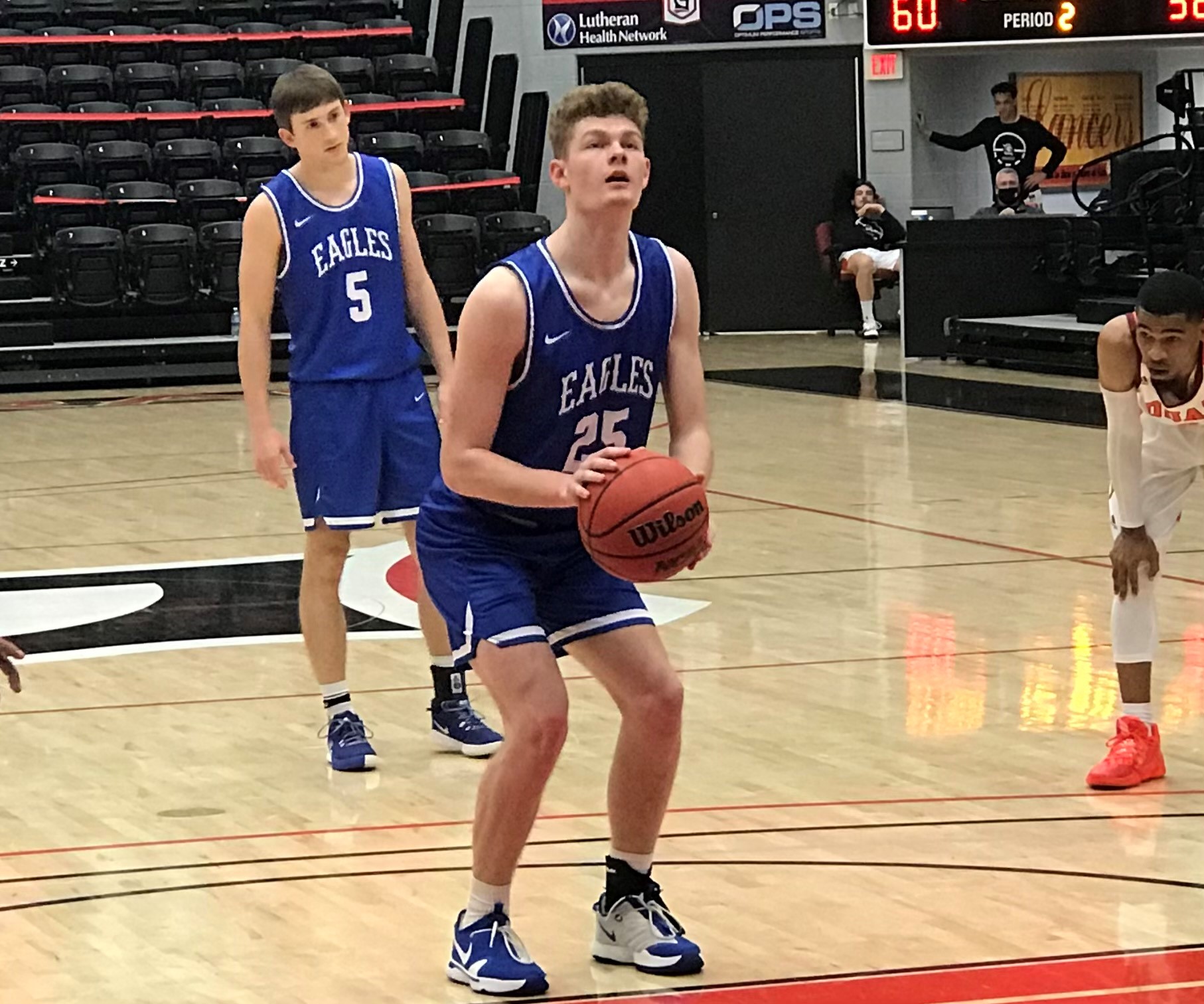 Winona Lake, IN: The #7 seeded Alice Lloyd College Eagles continued their quest for an NCCAA National Championship on Thursday, March 18th against the #3 seeded Ottawa University Spirit (AZ). The Pippa Passes club was tied with their powerful opponents for the first fifteen minutes of the contest before the Storm ran off a huge run and rode that momentum to eventually win, 86-66.

In the first twenty minutes, the Eagles came out and got off to a steady start. ALC managed to hold a slim lead the majority of the way and appeared to be in solid shape. At 7:03, the score was tied at 23 apiece. However, both junior center Colyn Sturgill and junior forward Will Philpot were forced to the bench with foul trouble. This change of fortune would prove critical

When senior guard Noah Young sank a jumper with 4:02 remaining, the Eagles only trailed 35-32 and looked as they would be able to survive their foul difficulty. Unfortunately, sparked by their duo of big Josiah De’laCerda and guard Kam Malbrough, the Spirit closed on a 13-0 burst. Suddenly, the Arizona club held a 48-32 advantage by intermission.

In the second half, ALC would start out cold, which enabled Ottawa to slowly extend their advantage. The Pippa Passes club would attempt to fight back, but the deficit was simply too great to overcome. The Eagles return to action on Saturday, March 20th, when they close out their season by playing the #1 seed of the tournament, Grace College (OH) in the third-place game. Grace was upset by 4th seeded Northwestern University (MI) in the second semi-final matchup. Tipoff is set for 12:00 noon.