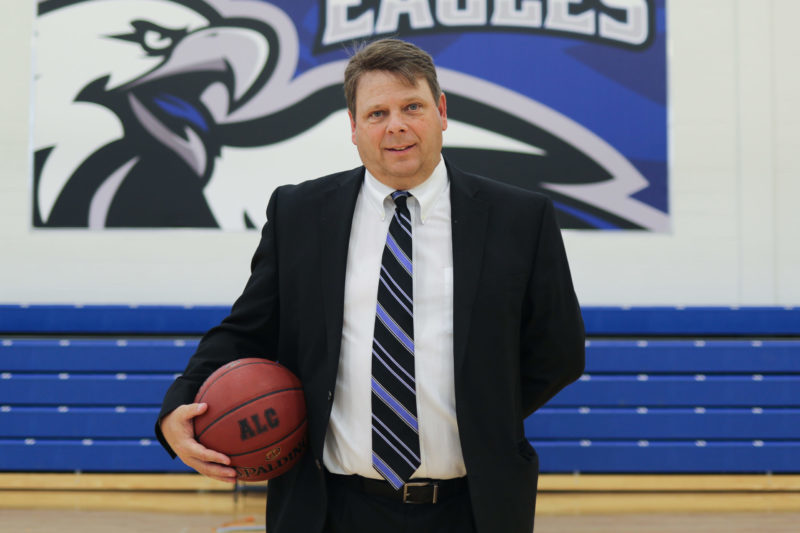 Since beginning his career at Alice Lloyd College, Scott Cornett has worn many hats. His extensive list of job titles includes everything from previous Intramural Director to current Vice President of Student Services. But the first – and arguably most important – role that Mr. Cornett has held at ALC was as a student, unaware of how life-changing that position would be.

In 1989, Mr. Cornett graduated from ALC with a degree in education and a reputation as a star athlete, later earning a spot in Alice Lloyd College’s Athletic Hall of Fame. He was coached by the College’s current President and Vice President, Joe and Jim Stepp. Not only did the two of them influence who Mr. Cornett was as a young man, but they also helped shape the man he would become. He says, “They were always level-headed and did not lose control under pressure. I have tried to be the same way.”

It was lessons like these Mr. Cornett has carried through his life. With thanks to Alice Lloyd College’s character-based education, he says, “This school helped make a man out of me,” adding, “This school stands for the right things.”

Mr. Cornett is currently the head men’s basketball coach and head baseball coach. Using the lessons that he learned in the classroom and on the field, Mr. Cornett now serves as a mentor to the young men at Alice Lloyd College who remind him of himself. “The most rewarding part of my job is helping other kids like me see their dreams come true,” he says. “Just because you are from a small school or a small town does not mean you are not as good as everyone else.” Mr. Cornett knows this to be true; his humble beginnings from eastern Kentucky led him to play two seasons as a catcher for the Chicago White Sox organization.

Additionally, there is something incredibly special about being from a small school and small town. ALC is well-known for its tight-knit community, and most would agree Mr. Cornett’s family is one of the community’s staples. With a beautiful home that sits in the middle of campus, not only does the Mayor of Pippa Passes faithfully walk the Purpose Road – he lives there, too.

Students often see Mr. Cornett’s friendly wife, Kim, as they enjoy a meal in the Hunger Din together. His son, Dalton, is carrying on the tradition of playing baseball at ALC and recently began playing for the Lexington Legends. In the warmer months, some might see Mr. Cornett’s daughter and son-in-law, Haley and Ryne, along with his grandson, Duncan, when they come to visit. And of course, the family’s dog, Sandy, is the most beloved pet on campus. She was even the star of the College’s Christmas card this year.

In regard to the College, Mr. Cornett says it has changed a lot since he first stepped foot on it. He is happy to have been here on campus to witness its growth and says he is proud of how much more ALC offers today. He, like many others, is excited about the future of Alice Lloyd College.