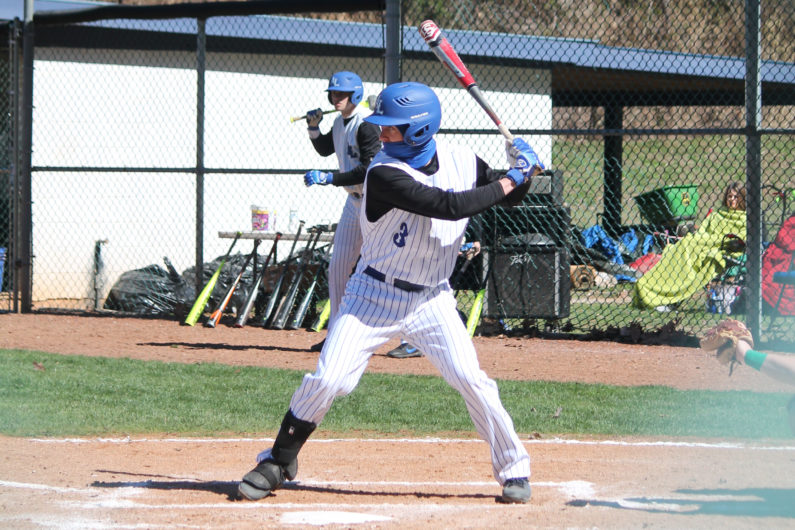 The two squads were tied until the fifth inning before the hosts exploded to pull away in the opener.

Hiwassee stuck early and pulled out to a quick 1-0 lead in the first. They would increase their cushion to 6-0 before the Eagles fought back in the fourth.

ALC would score six runs in the top of the inning, fueled by RBI’s from Ethan Osborne, Garrett Gay, Tyler Mullins, Juan Lander, and Austyn Turner. The Eagles would then tie things at 7-7 one inning later thanks to a home run courtesy of Dalton Cornett.

Unfortunately, things could not have turned worse for the visitors as the Tigers answered with a six-run inning of their own to vault ahead 13-7. They then spaced four more runs over the final two innings to seal the deal.

On the mound, Jacob Banks suffered the loss for Alice Lloyd. He went two innings, allowing 4 runs on 3 hits while striking out a pair of batters. Michael Decker started the game for HC and took the victory He allowed 1 hit and 1 run over three innings. He also struck out a trio of batters with no walks.

Game 2 started that evening with the loser going home. Alice Lloyd would face Johnson University and respond with a solid effort.

The Eagles answered in the opener with an RBI single from the bat of Peyton Buford to take the quick 1-0 lead. The two squads would battle throughout the contest with ALC entering the top of the ninth with an 8-6 advantage. At that juncture, Chance Cornett and Caleb Mills would come through with big hits to drive in three important insurance runs as Alice Lloyd slammed the door shut.

On the mound, Levi Martin earned the victory as he went all nine innings, allowing 6 runs on 12 hits and striking out 4. Max McCoig took the loss as he surrendered 11 runs on 15 hits over eight and two-thirds innings.

The Eagles saw Dalton Cornett produce a record-setting game, but Hiwassee came from behind late to win in an extra-inning heartbreaker.

Alice Lloyd jumped ahead early in the first on a home run from Cornett. Little did the fans in attendance know that the freshman was just getting warmed up.

HC tied things in the top of the second before ALC answered in the third with 3 runs, produced by home runs from Cornett and Peyton Buford.

In the fourth inning, Cornett smashed his third home run in as many at-bats when he went deep over the right-field wall to extend the Eagle lead. Later in the sixth, with the crowd buzzing in anticipation, Cornett incredibly connected once more with a blast to right-center field. In his first four at-bats, he had produced 4 home runs. He would not get another opportunity as he was walked his remaining time at bat.

Entering the last inning, ALC held a 7-5 lead and was seeking to upset the top-seed of the tournament. To their credit, Hiwassee came through when they most needed it and produced two runs to send the matchup to extra innings. In the tenth, the Tigers took over as they produced six big runs and finally put away the men from Pippa Passes.

Jake Weaver started the game for ALC. He went eight and two-thirds innings, allowing 10 runs on 10 hits and striking out 3. Karson Glancey took the hard-luck loss, as he surrendered 2 runs over two-thirds of an inning.

HC outhit the Eagles 15-10 with Cornett (4) and Buford (2) leading the way. With his big game, Cornett became the first Eagle in school history to hit four home runs in a single contest.