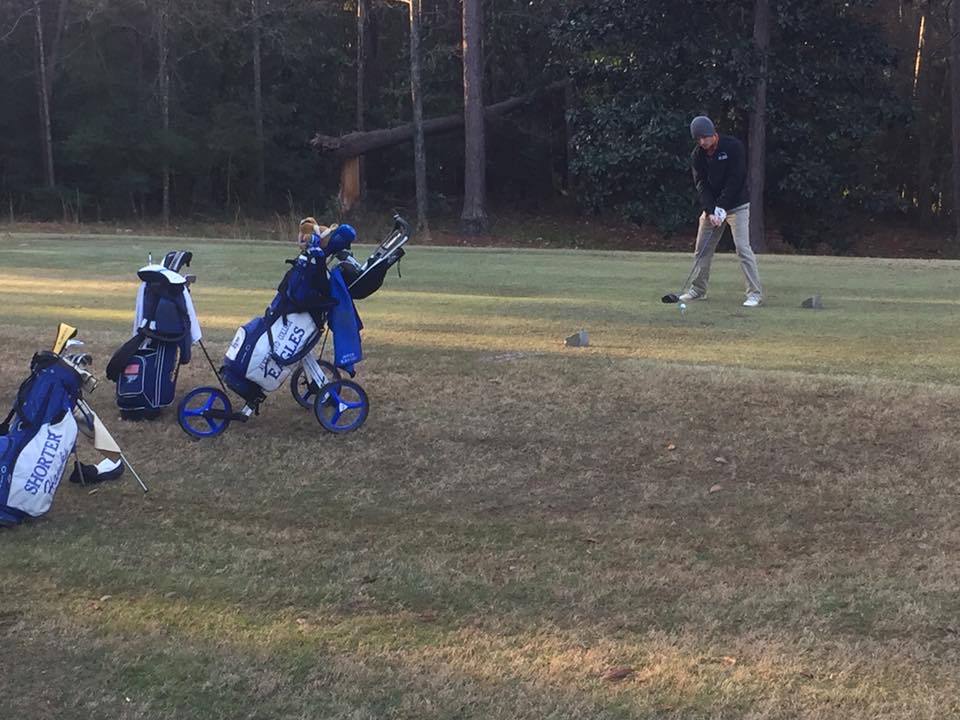 The Alice Lloyd College Eagles Men’s Golf team played in the Skyhawk Invitational Golf Tournament, hosted by Point University at Callaway Gardens in Pine Mountain, Georgia, on March 12th and 13th. The tournament had a strong field, including NAIA Top 25 ranked Point (#17) and Thomas (GA) (#24). Point University won the tournament shooting 309 the first round and 294 the second round for 603 to finish tied with Reinhardt University who shot 305/298. Point won in a playoff. Evans Nichols of Reinhardt was the medalist, shooting 73/72 for 145 to tie Maddux Lytle of Point University who shot 75/70. Nichols won in a playoff. Full results are listed here. There were no players under par for the tournament. Conditions were cold, windy, and wet. The course is difficult under good conditions, with the poor weather resulting in higher than normal scores for this event. The ALC Men’s Golf Championship was played at the Shipyard Golf Course (round 1) and the Port Royal Barony Golf Course (round 2) at Hilton Head Island, South Carolina, on March 14th and 15th. The first round at Shipyard had tough, windy conditions, like the ones at Callaway Gardens. Isaiah Penley led the first round shooting 83, followed by Aaron Minor with an 85, Jared Albright with an 87 and Tyler Brewer with a 98. Second round at Barony was sunny and warm. Conditions were as ideal as we have seen this year. Jared Albright shot a 75 the second round for a total of 162 to edge Aaron Minor who shot a 78 for a total of 163 and won his third Royal Blue Jacket. Isaiah Penley shot 90 at Barony for a total of 172 and Tyler Brewer shot 84 at Barony for a total of 182.

The Eagles’ next tournament is the 2018 Patriot Spring Invitational, hosted by The University of the Cumberlands at Crooked Creek Golf Course in London, Kentucky, on March 26th and 27th.