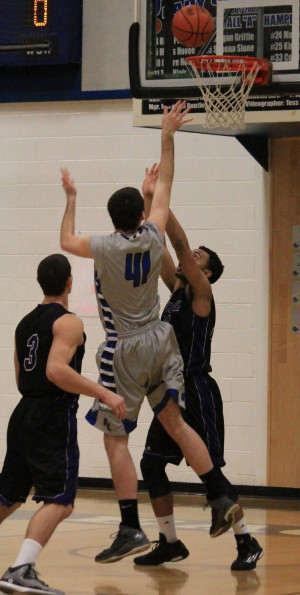 In the opening half, sparked by big man Austin Brewer, the hosts came out of the gates scorching hot and roared to an 18-4 lead with 13:10 remaining. Asbury showed their worth, however, as they settled down and began to chip away at the deficit. They used a 14-2 run of their own over the next seven minutes to get within two (20-18), before ALC extended it before intermission. The home team led 36-29 at the break.

In the second half, Alice Lloyd maintained their margin for the first five minutes, but AU, sparked by guard Daulton Peters, used an 8-0 run to take their first lead of the night (50-48) and force ALC mentor JR Hammond to burn a time-out with 12:22 remaining.

Over the next nine minutes, the hosts grew stingy on the defensive end and outscored Asbury 18-9 to regain command of the contest. They led 67-59 with just over three minutes remaining.

As good teams do, the visitors proved their mettle and they sliced the deficit to just two (71-69) with 1:22 remaining. Fortunately for the host Eagles, veteran marksman Cody Stumbo made two key defensive plays to help his team right the ship and they pulled ahead once more by seven points, and squashed the threat for good.

For the winners (11-14; 6-4 KIAC), Trevor Tiller led a balanced attack with 22 points. Tyler Rogers was just behind with 18, while Stumbo registered a double-double with 17 points and 10 big rebounds. Brewer played well and contributed 10.

The Eagles have a huge week coming up in the conference. They return to action on Tuesday as they journey to Cincinnati to face Cincinnati Christian University at 7pm. They return home Saturday to play the last home game of the regular season against the Brescia Bearcats. Tipoff is scheduled for 3pm.