The Alice Lloyd College Eagles golf team completed their 2013-14 season with the KIAC Men’s Golf Championship at Gibson Bay Golf Course in Richmond, Kentucky. Teams played 36 holes on Tuesday, April 22nd and 18 holes on Wednesday, April 23rd to complete the 54-hole format. Weather conditions were perfect for this format, and the golf course was in excellent condition.

ALC’s number one golfer, Cody Hyden, fired a 74 in the third round to place 14th overall to win All-Conference honors. ALC’s number three golfer, Randall Smith, won Comeback Player of the Year, with a 41-shot improvement over last year’s scores at the conference championships. The Eagles finished 7th of 7 with 351, 351, 349 for a team score of 1051. 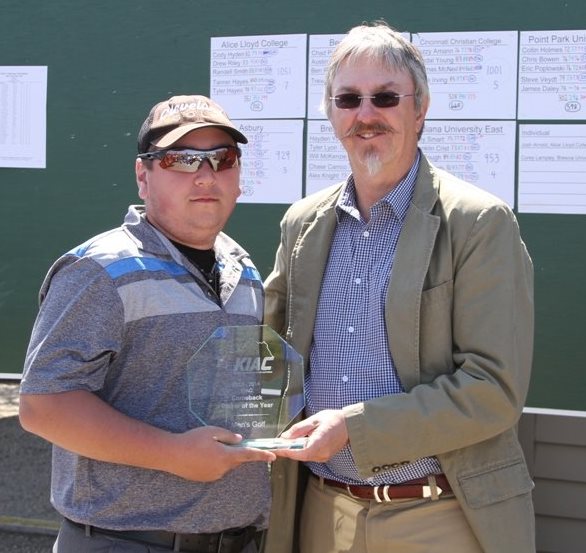 “The golf team would like to thank ALC faculty, administration and students for their support this year,” Coach Hamilton went on to say. “We would also like to thank Dr. Gerald Walford for his support and encouragement. The team could not have completed an 8 event season without the support of the ALC family.”