The Blessing from Ohio: A Story of Giving

by Margo Sparkman, Director of Development 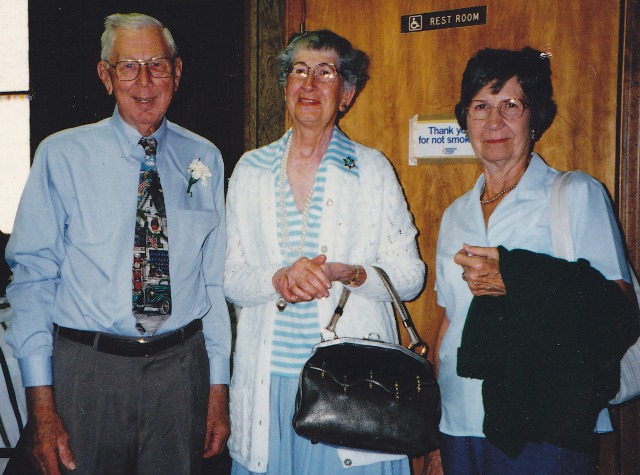 A few months ago, I received an unexpected phone call from a lawyer in Kettering, Ohio. He said he was the attorney for the Estate of Barbara A. Althoff. Miss Althoff had left Alice Lloyd College as a beneficiary of her estate. More than that, her sister Lucille Althoff had also left the College in her will, but each had made the surviving sister the primary beneficiary and Alice Lloyd College a contingent beneficiary. Lucille had passed away on Sunday, December 11th, and Barbara died just two weeks later on Wednesday, December 23rd. The lawyer put me in touch with Marilyn Slusser, Barbara’s second cousin, the administrator of the estate. After speaking with Mrs. Slusser, I was in awe of all that had transpired to bring about this very generous gift of bequest.

Marilyn Slusser had kept in touch with Lucille and Barbara Althoff, but mainly as a second cousin would do – annual Christmas cards and letters, an occasional phone call, etc., but she was surprised when Barbara called her to ask for her help in planning Lucille’s funeral. Of course, Marilyn agreed to do that and promptly drove down to visit Barbara. The two “girls,” as she called them, had been avid golfers, great gardeners, and traveled extensively within the states, including Hawaii. Lucille had been the sister with the fun and joking personality – almost devilish, Marilyn said. Barbara, on the other hand, was very subdued and managed the finances.

When she arrived at the modest home of the Althoff sisters, Marilyn discovered a tragic site. A very frail Barbara answered the door on her walker. The sparse furnishings consisted of the sisters’ beds, walkers, a typewriter and clutter. The carpet had wrinkles that were an accident waiting to happen, especially for a 91-year-old (Lucille) and an 86-year-old (Barbara). Neighbors had been helping them with food and errands for some time.

Barbara had solidified some of the plans for the funeral, deciding to secure a plot in the cemetery in Fort Recovery, Ohio and expressed an interest in a Lutheran service since their father had been one of 13 Lutheran pastors in the family. A cousin and pastor, Raymond Menchhofer, was called to perform the service. Marilyn arranged everything as Barbara wanted, and Barbara told her to do the same thing for her when it was her time. However, the day of Lucille’s funeral came, and Barbara chose not to attend.

Marilyn and her husband, Harold, continued to call on Barbara daily. The second week, they had to miss a couple of days. On the third day, Marilyn called Barbara, but there was no answer. She called the neighbors, but they could not get an answer at the door either. Marilyn and Harold drove to Barbara’s house and had to get the police to let them inside. They found Barbara too late. Apparently, she had died soon after their last visit. As promised, Marilyn arranged Barbara’s funeral almost identically to Lucille’s.

Afterwards, there was the task of inventorying the women’s estates. They each had a will, but where were the assets? It turned out they had money in seven banks, and they could have been living like queens instead of paupers! The great thing was that they left their fortune to three very worthy institutions: the Lutheran Church, the Fort Recovery High School they had both attended, and Alice Lloyd College. They had once visited the campus of ALC and kept a detailed folder containing correspondence back and forth between themselves and various staff members, including all five presidents. ALC’s records indicated that they began giving in 1955, possibly after the airing of “This is Your Life, Alice Lloyd” on national television.

Marilyn and Harold decided to hand-deliver the bequest check to each beneficiary organization. They brought the check for Alice Lloyd College on October 23, 2013, stayed overnight in Miss June’s Guest House, and explored the campus before heading back home the following day. They left with a warm feeling that the “girls’” money had gone to very good causes.

Help us continue the work of Mrs. Alice Lloyd and countless others by giving to Alice Lloyd College! With gifts from people like you, we can continue to offer a quality education to the young people of Appalachia. Click here to make your gift today!