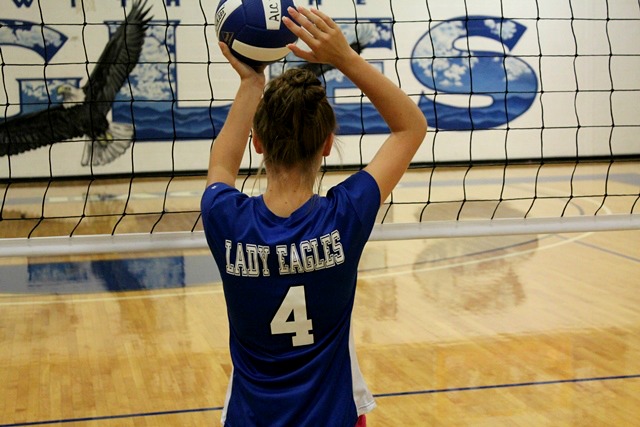 The Alice Lloyd volleyball squad will be competing in just their third season since the program began in 2011. There were positives to take away from last season, and the team will be looking to improve and make greater steps forward in the 2013 campaign.

“The women worked really hard last year,” says head coach Jason Stowers. “Basically, we were playing all freshmen. We had a couple of returning players that were out at times with injuries. This season, we have some returning players that will be in key spots out on the floor, and the new players that we have are very talented. This recruiting class is much better than what it has been in the last few years.”

When asked about expectations and goals for the upcoming season, Stowers stated that the team should be competitive in the games. Now that the program has had a chance to stockpile talent via three recruiting classes, the head coach also emphasized that it was very important to retain stability and continuity within the program.

Coach Stowers will be leaning heavily on Katie McFarland this year. McFarland’s leadership is invaluable since she is the lone upperclassmen on the roster. This squad will be on a very steep learning curve this season, but the roster has a chance to achieve good things with McFarland captaining the ship. The junior from Church Hill, Tennessee is well liked and respected by all of her teammates. She leads not only by example on the court, but vocally as well. When she speaks, everyone listens.

Stowers mentioned that having proper player personnel is crucial. He pointed out freshman Macy Allen’s (Chesapeake, Ohio) ability to play on the front row, and freshman Sadie Slone’s (Hi Hat, Kentucky) skill in setting up other people for a hit.

“We are much more balanced than we have ever been,” Stowers noted. “For the last couple of years, I felt like we were basically trying to play with all back row players, but now, we’ve got the actual full complement of players that we need.”

The Lady Eagles’ season opener is set for Friday, August 23rd, at 6 PM in the Grady Nutt Athletic Center on the campus of Alice Lloyd College. The team will be battling the Lady Mountaineers of Berea College.